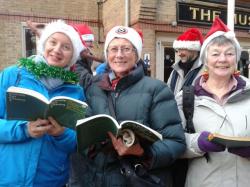 The Associate Soloist scheme was set up in 2010 with the cooperation of Sheffield University Department of Music. It offers a young singer the opportunity to work with a local choir for a whole year and to receive financial support to further their development towards a professional singing career.

Timothy Peters BMus (Hons)BMus (Hons) read music at the University of Sheffield and is now pursuing a freelance career as a tenor, choral conductor and composer. Before university, Timothy was the tenor 1 section leader for the National Youth Choirs of Great Britain and sang with the National Youth Chamber Choir. Currently he is a lay clerk at Sheffield Cathedral, with whom he has toured internationally, as well as performing for the Queen and Duke of Edinburgh and on both live radio (BBC Radio 3) and television (BBC One) broadcasts. As a tenor soloist, Timothy has been featured on BBC Radio 4 and regularly performs with choirs and orchestras in the north of England, most recently with: Sheffield Bach Choir, Sheffield Teachers Choir, The Abbeydale Singers, Bingham Choral Society, Escafeld Chorale, Sheffield Oratorio Chorus, Wigan Choral Society, Stamford Choral Society, Hallam Choral Society and Hallam Sinfonia, Bakewell Choral Society and South Yorkshire Symphony Orchestra, the Chester Festival Chorus and Ensemble Deva, Kantos Chamber and the Northern Ballet Sinfonia Orchestra, in addition to numerous performances as a recitalist. He returned to Sheffield in November 2018 after joining Gary Numan as a backing singer for the UK stint of his world tour.

Timothy was awarded a choral scholarship at Sheffield Cathedral in 2014, the University of Sheffield's Julian Payne Recital Prize, and the associate soloist scholarship for Escafeld Chorale. Timothy is also a keen conductor, composer and arranger. Summer 2019 sees him moving to Surrey to take up the role of 'Musician in Residence' at City of London Freemen's School, and to pursue his passion for solo singing. To follow his journey, follow him on all social media platforms and on his website Timothy Peters

Keren Hadas graduated from the University of Sheffield with a BMus in 2015. She has been a performer since the age of 7, originally focusing on piano. She made the switch to singing whilst training at the Royal College of Music Junior department and has maintained a close connection with the college ever since, performing regularly with the alumni choir, The Vigala Singers. Although she continues to study both musical disciplines, she is now most active as a singer, having performed in venues ranging from local recitals to Budapest, Mantua and Stockholm. 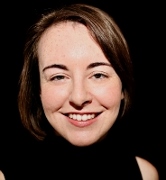 Lindsey James was born in 1993 in Sheffield, where her musical studies were nurtured. She graduated from King's College London with a First Class BMus degree in 2015, and gained a PGCE from the UCL Institute of Education in 2016. She has singing lessons with Alison Wells and is a soprano, choral leader, and part-time Teacher of Music at the North London Collegiate School. Whilst carrying out her teacher training, Lindsey gained a place in Harry Christophers' Genesis Sixteen choir and has since been engaged in several of The Sixteen's outreach projects for adults and children. Elsewhere, Lindsey sings with choirs of various sizes, thereby covering a wide range of repertoire. She has sung well-known works by Handel, Mozart, Orff and Mahler with the Philharmonia Chorus, and more intimate pieces by Elgar, Walton and Vaughan Williams at St John's Smith Square. On Sundays, she can often be found singing one-to-a-part in churches across London for the Eucharist service. Lindsey is a founding member of two ensembles: the young professional choir, echo, and the outreach ensemble, Horizon Voices. The former group will return to the Ryedale Festival as Ensemble in Residence for 2019, and the latter will present concerts and workshops at The Sixteen's Sounds Sublime Festival. For details of Lindsey's upcoming performances, please visit her website

Jak is a young baritone from Banbury and was in the final year of his undergraduate music degree at Sheffield University when he became our Associate Soloist. When he arrived at university, his first study was classical guitar but he quickly realised that he was more keen to sing. In 2013 he enjoyed his first opera and oratorio performances, playing Starveling in Britten's A Midsummer Night's Dream (Opera on Location) and as the bass soloist in Handel's Messiah (Sheffield Bach Society). In 2014, he performed with Opera on Location again as a member of the chorus in La Bohème and sang the baritone solos for Glossop Choral Society's performance of Howard Goodall's Eternal Light. In 2015 he sang the part of Pandolfe in Massenet's Cendrillon (Sheffield City Opera). 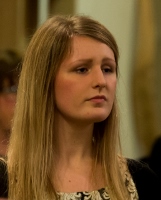 Laura was in her final year studying music at the University of Sheffield when she was Escafeld's Associate Soloist. She had already been involved in various performances,including singing the title role in Carmen with Leeds Youth Opera and taking a leading role in Pirates of Penzance with Leeds Gilbert and Sullivan Society. Aside from performing, she also worked as a singing teacher, helped out at a children's choir and volunteered at the Children's Hospital.After graduating,she planned on remaining in Sheffield, teaching and training, with the possibility of moving onto music college in the future. She found being the Associate Soloist in a friendly and welcoming choir an absolute pleasure.

Debra studied music at the University of sheffield, graduating in 2012, and was awarded the Mrs Stewart Blake BMus Prize and Recital Prize. She went on to study for an MA in Film Studies. She has been an active member of the musical community in Sheffield over the years, whether singing as a soloist with various choirs or musical theatre groups, or as a performer for weddings and events. Debra currently plays piano and sings with alternative-pop trio Before Breakfast, who have toured as a support act with Tokio Myers, C Duncan, and The Dunwells. They will be performing on the Library Stage as part of the 2019 Tramlines festival. Debra has also regularly performed with The University of Sheffield's Broadway Orchestra over the last few years, and had the opportunity to perform as a soloist on BBC Radio 3 through her work with them. The rest of the time, Debra teaches singing and piano and organises concerts and events for AS Music School. Debra is delighted to have the opportunity to sing with Escafeld Chorale again this year as part of their 50th anniversary celebrations.

Rosie Williamson graduated from the University of Sheffield in 2009, with a BMus first-class honours. She gained an MA in Music (Solo Voice Ensemble Singing) from the University of York in 2014, where she studied with Robert Hollingworth (director of I Fagiolini). She trained in Musical Theatre at Associated Studios in 2015. In 2016, Rosie founded her blog and cabaret series, What Would Julie Do?, which combines self-help and show tunes, taking inspiration from Dame Julie Andrews and other favourite things. She has written and hosted seven sell-out critically acclaimed cabarets with emerging musical theatre performers and West End stars at one of London's top cabaret venues, The Pheasantry. Her latest show was previewed as part of the inaugural Accalia Arts Festival. Rosie's spin-off solo show Eliza von Poppins presents . . . A Practically Perfect Guide to Living, was selected for development as part of the John Thaw Initiative Mental Health Season at the Tristan Bates Theatre last year. The full production debuted at Brighton Fringe in May 2019. Future performances include The Phoenix Artist Club Cabaret Awards and Mountview's Catalyst Festival.

Rosie made her West End debut in the London Musical Theatre Orchestra's concert version of Lerner & Loewe's Camelot at the London Palladium last year. Theatre/Opera Credits include: Ensemble in La Bohème, Cobweb in A Midsummer Night's Dream (Opera on Location), Flora in The Turn of the Screw (Steel Opera). Concert Soloist credits include: Mozart's Coronation Mass, Missa Brevis in B Flat and Requiem, Bach's Cantata No.140 , Britten's Rejoice in the Lamb, Kodaly's Missa Brevis, Haydn's Little Organ Mass, Mass in the Time of War, Nelson Mass. Rosie was also the soprano choral scholar at All Saints Fulham (2014-15). Radio credits include various roles in The Penny Peepshow (podcast series); TV/Film credits include BBC Euros Commercial, Motherland, and Eastenders. Alongside her performing work, Rosie is in demand as a vocal coach and teaches at Arts Ed, The Sing Space and privately. 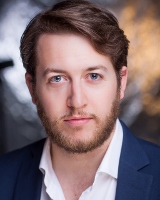 Matthew graduated from Sheffield University in 2011 with a first class BMus. He studies at the Guildhall School of Music and Drama under Robert Dean and is on the first year of the Opera Course. He has sung live on BBC Radio 3's In Tune and made his European debut as Guglielmo in Così fan tutte at the Brigitta Festival, Estonia in 2016. Between graduating from the masters course in 2016 and returning to the school in 2018, Matthew worked for Opera North, Garsington Opera, Grange Park Opera and Glyndebourne Education and recently sang Marcello in La Bohème in the Olivier-Award-nominated production at Trafalgar Studios, London. Other highlights during that time include baritone soloist for Opera North Children's Choir; Ned Keene in Peter Grimes (Dartington Festival) under Sian Edwards; Fiorello and cover Figaro in The Barber of Seville (Iford Arts); Captain Corcoran in HMS Pinafore (Charles Court Opera); The Mikado and Pish-Tush in The Mikado (Charles Court Opera); Guglielmo in Così fan tutte (Devon Opera); Escamillo in Carmen (Heritage Opera); Conte Robinson in Il Matrimonio Segreto (Pop-Up Opera); Mr Ford in Merry Wives of Windsor (Duchy Opera).

Matthew is a Concordia Foundation Artist and has performed at LSO St Luke's, St Martin-in-the-Fields and St James's Piccadilly, amongst others, in recital and concert. He is delighted to be returning to Sheffield to sing with Escafeld Chorale, whose support through their Associate Soloist scheme in his last year of University laid the foundation for further study and development.